The Blue Box: Memories Of The Children Of War based on stories from the book The Blue Box  received a standing ovation at the World Premiere at DAI Cultural Centre in Kuwait in April 2016 and a coveted 5- star rating at the Edinburgh Festival Fringe 2016,  for its heartfelt portrayal of the stories of children affected by war.

The bilingual English-Arabic production premiered under the patronage of H.E. Sheikha Paula al Sabah and Sheikha Yasmine al Sabah at Dar Noor Kuwait in November 2015. In April 2016 it received its World Premiere at DAI Yarmouk Cultural Centre under the National Council of Culture, Arts and Letters in April 2016 to sell-out audiences. With a cast of  forty of our multicultural actors, the production explored different perspectives and stories of children affected by war, as told in the blue box. In August 2016 it received its International Premiere at The Edinburgh Festival Fringe produced by Eleni Price. 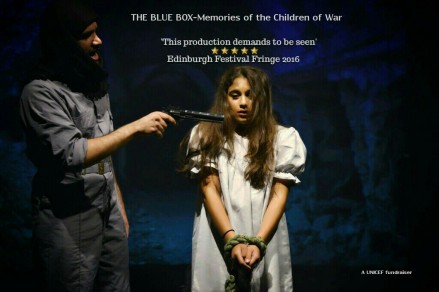 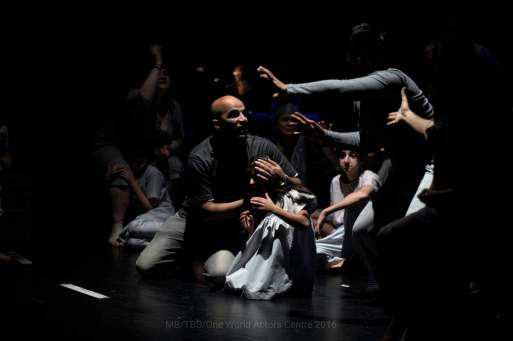 A Game of Hide and Seek

Based on the book by Syrian- French teenager Emma Abdullah and current issues and adapted for stage by  Director Alison Shan Price, the production  was accompanied by original music and songs by Harriet Petherick Bushman and Arabic script by Dr Diana Sfeir. Costumes were designed by Abdala al Awadhi of Kuwait with a backdrop by UN award winning photographer Islam Mardini of Aleppo, Syria. 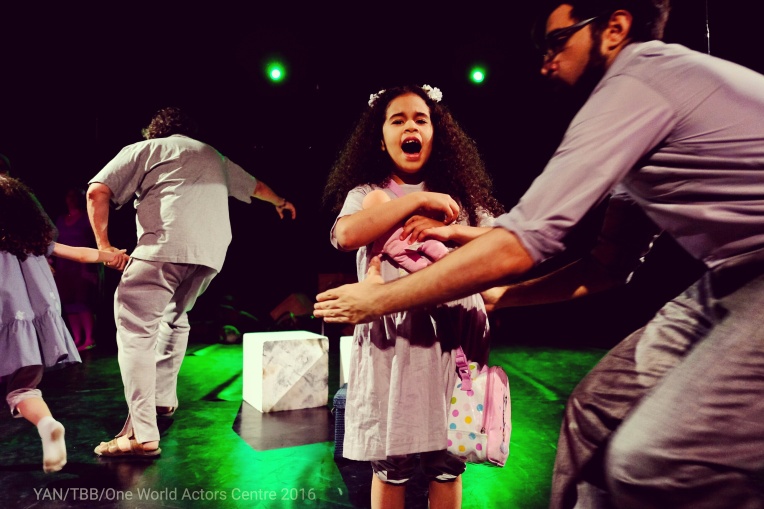 We give gracious thanks to our sponsors, without whom the production would not have been possible: